I am an author,  evangelical Christian minister, and independent scholar of Church History, specializing in Pentecostalism. I’m also an award-winning journalist, ghostwriter and a nationally known copywriter who specializes in direct response marketing for non-profit organizations. For over two decades, I wrote direct mail packages and publicity copy for consumer and business-to-business markets.

Over the years, I have worked as a columnist, ghostwriter, pastor and prison chaplain, motivational speaker, seminar leader, cartoonist and portrait artist, book publisher and marketing consultant for small businesses. 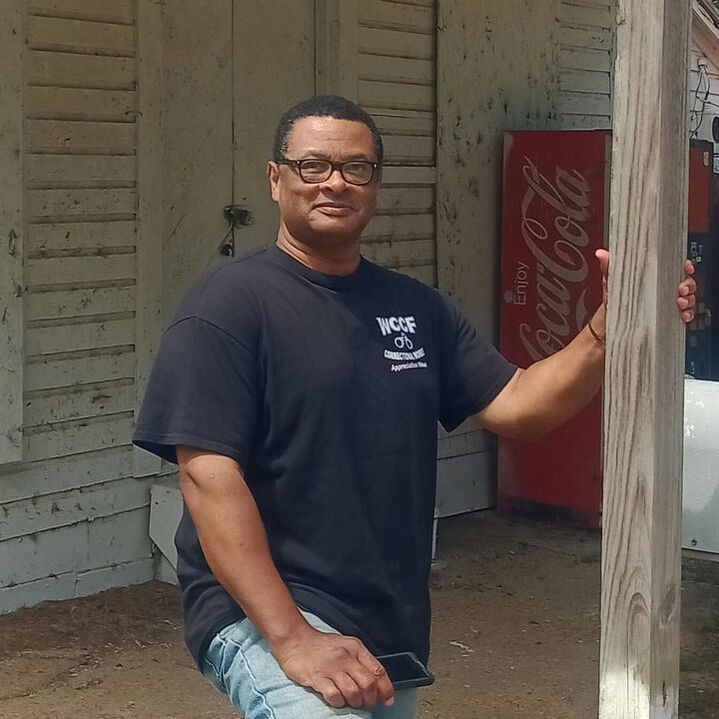 Ministry
As a minister, I have served as pastor and evangelist. I began preaching at the early age of 17 in Indianola, Miss., my hometown located in the Mississippi Delta. While still in high school, I became co-pastor of a congregation near Shaw, Miss. During this time, I also served as a volunteer chaplain at a Mississippi prison. This was followed by 13 years in the U.S. Army (Active, Reserves, National Guard), where I served as a chaplain assistant.

For several years in the 1980s, I hosted Christian radio programs in Mississippi and Kansas. While in Baltimore, Md., I served as chaplain for Good News Jail & Prison Ministry. I am currently working as a correctional chaplain in Mississippi.

Writing
My work is widely published in newspapers and magazines. My articles have appeared in military, religious, and trade publications. I’m a former columnist for two national publications: Fund Raising Management magazine (Hoke Communications Inc.), where I wrote "Copy Thoughts"​; and Publishers'​ Auxiliary (National Newspaper Association), where I wrote "Streetwise Reporting."​ I also wrote a monthly column for The Tidal Wave business newsmagazine. I’m a regular contributor to Grace & Truth Magazine.
I am proud to say my work is cited in both  popular and academic books. The titles include Secrets of a Freelance Writer, The Complete Idiot's Guide to Direct Marketing, Bly on Direct Marketing, and Secrets of Successful Telephone Selling, all by Robert W. Bly; The AMA's (American Marketing Association) Complete Guide to Small Business Advertising by Joe Vitale; An Essential Guide to Baptism in the Holy Spirit by R Phillips; Divine Healing by James Robinson; and God's Generals: The Healing Evangelists by Roberts Liardon, among others.

As an author, I’ve written books on many different topics which cover everything from World War II history to art. I am also the author of more than a dozen gospel tracts, most of which are published by leading Christian publishing houses. Some of my writings have been translated into Russian, Polish and other languages.

Education
In terms of my education, I earned my Ph.D. in Church History and Polity at the University of Pretoria, South Africa. I hold a Master of Arts in Religion from the Lutheran Theological Seminary in Gettysburg, Pa.; and a Bachelor of Science in Biblical Studies from East Coast Bible College in Charlotte, N.C. During the early part of the 1980s, I completed a writing course through the Christian Writers Guild under the guidance of Norman B. Rohrer. The course, which lasted more than three years, was called, "Discover Your Possibilities in Writing."

Honors
I have picked up a few awards and special recognition for some of my achievements. In 1985, after working for The Enterprise-Tocsin (Indianola, Miss.), the Mississippi Press Association awarded me First Place honors for Best Investigative Reporting. In 1996, while writing for The Record Herald (Waynesboro, Pa.), the Pennsylvania Newspaper Publishers' Association awarded me Second Place honors for Best News Beat Reporting. That same year, I took honorable mentions for Best Spot News Story and my newsroom was named Newsroom of the Year in a national contest sponsored by American Publishing Company.
​
In 1990, U.S. Army chaplains and a post commander in Germany named a preaching workshop in my honor. It was called, “Barnes’ Notes on Preaching.” The honor came after I created the first-ever weekend preaching worship for soldiers who led congregations throughout Germany. In 1992, I was awarded the Army Commendation Medal for my military service.

Let's connect
I invite you to take a look around my website and feel free to contact me. You can reach me directly at roscoebarnes3@yahoo.com or doctorbarnes3@gmail.com.  I welcome any questions you may have, including discussions about any of the topics I have addressed here.

Making a difference
Chaplain: Roscoe Barnes III had his first experience in prison ministry at 17, and, at 41, has returned to it full time at the Baltimore County jail. March 05, 2002|By Sandy Alexander |SUN STAFF
Featured in the Baltimore Sun. Also available here.

A Pentecostal Finds Grace (Grace in Focus). Available here and here. This is a testimony of my journey from legalism to free grace, including my acceptance of eternal security.

All Clear: How I Found God and His FREE Gift of Everlasting Life Available here.
This is my personal testimony of how I became a believer in Christ.

Introduction to my book, Off to War, by  Sue (Lizer) Hadden Beard, former editor of The Record Herald
Available here.